The lawsuit against Ripple presented by the US SEC has been one of the points in his last video on Youtube of Lark Davis, New Zealand analyst and influencer, pointing out that we should all support cryptocurrency to win the trial according to Siamak Masnavi en Cryptoglobe.

Lark Davis, explained to the more than 476 thousand subscribers of his YouTube channel why the crypto community should be “supporting Ripple to win” the lawsuit brought by the US Securities and Exchange Commission (SEC) against the Californian firm FinTech.

This video was about a Twitter thread that Davis had posted on December 16 in which he revealed his eight “shocking” predictions related to cryptography by 2022. 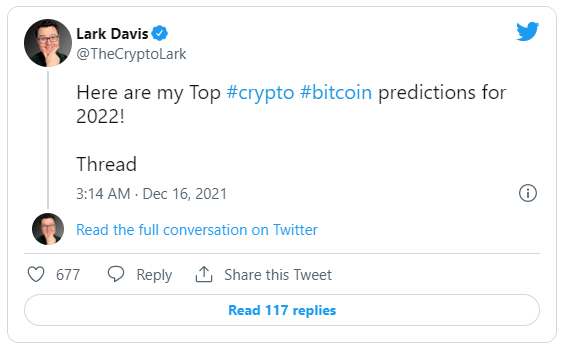 One of these predictions was about Ripple. On December 22, 2020, the SEC announced that it had “filed an action against Ripple Labs Inc. and two of its executives, who are also major holders of securities, claiming they raised more than $ 1.3 billion through a digital asset securities offering. “ 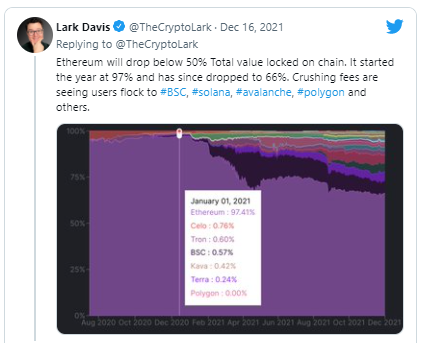 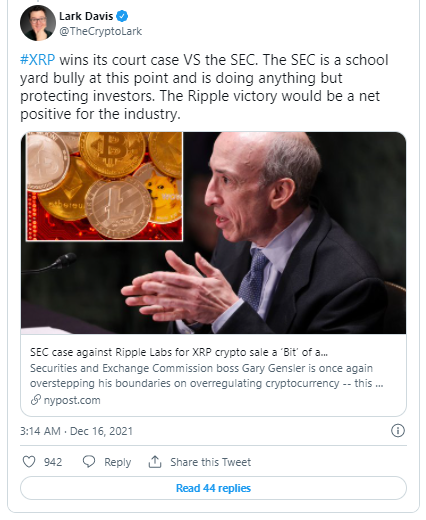 In the video posted today, Davis says that Ripple will win this lawsuit or at least sincerely hope that the FinTech company will. He noted that the SEC has been behaving like a “schoolyard bully” and that the stance the SEC has taken (and in particular its President Gary Gensler), which is that almost all crypto assets currently listed on exchanges are unregistered securities, severely limits the participation of US-based investors in the crypto space (for example, it says they cannot participate in ICOs).

Davis went on to say that if Ripple wins this case, it will “set an important precedent” and put the SEC “in their place.” He stressed that this is why everyone in the crypto community should “support” Ripple to win. The expert believes that it would be a “net positive” for the crypto industry. On the other hand, if the SEC wins against Ripple, this will give them the confidence to bring lawsuits against a wide variety of tokens.