The upward trend in the American market remains at the beginning of 2022 and it seemed that this would allow Apple reach the 3 trillion market capitalization, but everything was in a failed attempt according to Emily Bary and MarketWatch.

Apple shares reached a intraday high of $ 182.88 in trading Monday, but fell below the $ 3 trillion mark shortly thereafter and closed at $ 182.01. Shares must close at $ 182.86 or more for the company to become the first in the US to establish a valuation of $ 3 trillion or more.

Apple was the first American company to reach the mark of trillion dollars in 2018, and since then Microsoft, Alphabet, Amazon, Meta Platforms and Tesla have joined at that level. Only Microsoft has joined Apple with a market capitalization of more than $ 2 trillion so far, but Google has flirted with that valuation repeatedly.

Apple’s market value has risen roughly $ 2 trillion from its pandemic low on March 23, 2020, according Dow Jones Market Data. The valuation is also higher than the S&P 500 market values ​​of the energy, utilities, consumer staples, materials and real estate sectors, according to the same source. 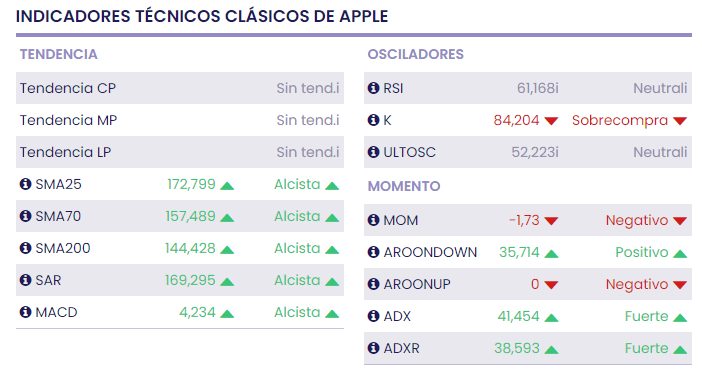 The shares rose 2.5% on Monday and have gained 28% in the past three months as the Dow Jones Industrial has risen 6.3%.